Where is an IR tester used? 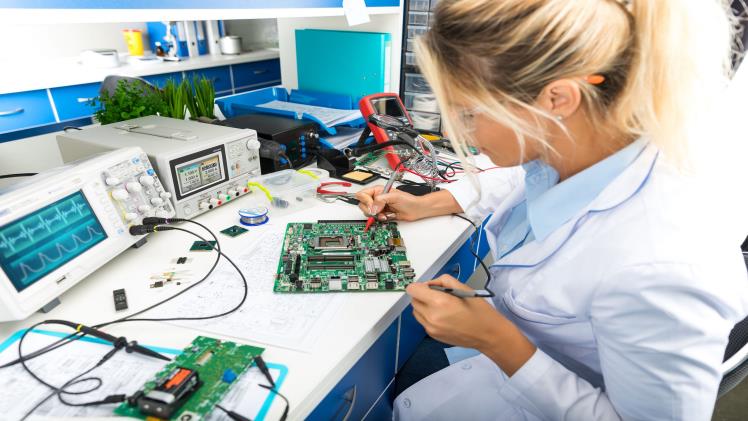 An insulation resistance test is frequently utilized in order to determine the reliability of windings and cables within transformers, electrical installations, motors and switchgear. An IR tester, often known as a megohmmeter or clamp meter, is therefore commonly used on many different types of electrical wires and cables.

The test is often used to as a form of customer acceptance test such as a production test that includes minimum insulation resistance for every unit length that the customer has specified. There are a number of different factors that can have an impact on an IR test such as the device installation, the operating conditions and usage type.

What is IR testing?

An IR tester measures the resistance between two points that are separated with electrical insulation. The test determines the effectiveness of the insulation while restricting the flow of the electric current. IR tests can be extremely useful to not just verify the quality of the insulation after manufacture but also after it has been used for some time.

Why is an IR test necessary?

There can be some loss of electrical current after it has been supplied through a conducting wire before it reaches the destination. Insulation testing is therefore important to carry out in order to see if there is current leakage as it can be extremely harmful and cause damage and injury if left undetected and unchecked.

The test is carried out to ensure the reliability of electrical equipment and to make sure it is in good condition. It is also important to perform insulation testing when installing new equipment.

The IR test principle involves the application of the voltage for the purpose of measuring the steady-state leakage current, following which the voltage can be divided by the current. If the IR meets or exceeds the necessary value this means that the test has been a success.

It is possible to calculate the target insulation resistance of the measurement by measuring the current flow to the target after the application of the voltage “V”, with the latter able to be divided via the resulting current “I”.

There are three IR test types that an IR tester can perform.

The short-time/spot-reading test can be easily performed by having the IR tester connected across the target insulation. It can then be operated for a brief period, usually around a minute. Remember that readings can be affected by humidity, insulation conditions and temperature.

The time-resistance testing method often offers conclusive data even without records from previous tests. This test is primarily dependent on a good insulation absorption effect with the IR tester taking precise readings at exact times and noting the differences. A common increase in resistance over a particular time period will be recorded if the insulation is still working properly.

The dielectric absorption ratio test is the ratio of two readings and can be very helpful for recording insulation data. The device can run for sixty seconds but also give readings after just thirty seconds.

IR testers are used to determine the effectiveness of insulation while preventing electric shocks.

The Many Benefits Of Bamboo Bedspreads